How to Fix a Hacked Android Phone! 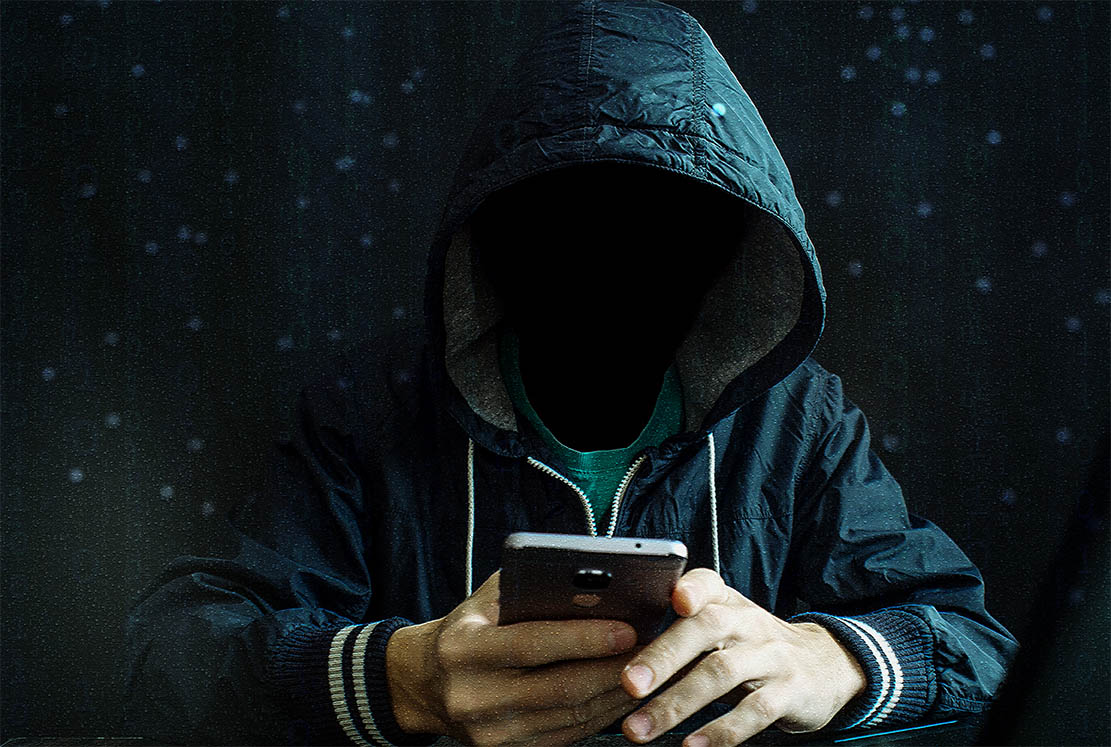 If you’re reading this, chances are, your Android phone was hacked, and you’re wondering how to fix it. Will you have to take it somewhere and get it fixed professionally, or are there steps you can take to fix it yourself?

How to Tell if Your Android Phone Has Been Hacked

So, how do you even know if your phone’s been hacked or not? Sometimes it’s obvious, like when the phone won’t turn on or if it turns on on its own. But a lot of times, the signs are a lot more subtle. Experienced hackers may find ways to access your phone even without you knowing it. Fortunately, if you know what you’re looking for, many little clues may be warning signs that your phone is hacked. We’ll take a look at some of these signs and clues below.

Smartphones are known for using a lot of battery, but if your phone can’t seem to hold a charge even right after you charge it, this may be a sign the phone is being used for unwanted activities. Even when it seems like the phone is turned off, certain types of spyware or phone taps may be active on it, draining the battery much more quickly than normal.

Keep track of your average data usage. If you find that it’s much higher than normal any given month, somebody may have hacked your phone. Explanations for increased data usage could include bugs, spyware, or apps that a hacker may have installed on your phone.

Of course, it’s normal sometimes to get a marketing text message or a message sent in error from a wrong number. But if you frequently get text messages from unknown numbers, especially if they contain odd messages, foreign language, or lots of numbers and symbols, this could be an indication that your phone has been hacked.

Phone Turns Itself On

Pay attention to what your phone does when you’re not using it. If the screen seems to light up on its own, and you can find no reason for why it does so, it could be a sign of a hacking job. However, some phones come with a sensor turning the screen on when it senses a movement. So, it’s better to make sure whether your phone’s screen is lighting up when sensing a movement or without so.

If you find anything on your phone that looks suspicious, or if it does anything that seems suspicious, don’t ignore it. Trust your instinct.

Code to Check if Phone is Hacked

Android phones come with built-in codes that you can use to find out information about your phone. There are different types of codes, and several of them may be useful if you suspect your phone was hacked. We’ll take a look at each of these below.

Dialing *#62* will give you a list of any phone numbers that have received calls, text messages, or any other data via redirection. Under normal circumstances, the list should be blank. If your messages or data have been redirected to unknown phone numbers, this is a pretty sure sign that your phone has been hacked.

If you dial *#62* and find that calls, messages, and data are being redirected, your next code will be ##002#. This code will overrule any previous redirection commands and put a stop to any that are occurring now.

Similar to *#62*, *#21# will give you a list of calls that have been diverted. Diversions are like redirections, except they are harder to track down. Whereas redirections can sometimes happen accidentally due to interference from fake cell phone towers, diversions can rarely be attributed to accidents. They are almost always the result of someone directly messing around in your phone, so they are one of the most obvious indicators that your phone’s been hacked.

Best App to See if Phone is Hacked

Sometimes, you can use certain apps to check if your phone has been hacked. The Bitdefender Antivirus Free app is one such app. Another one is the Certo Mobile Security app. We’ll take a closer look at each of these apps below.

The free Bitdefender Antivirus app scans your phone on-demand and anytime a new app or program is installed. According to their website, “Bitdefender Antivirus Free offers you essential antivirus protection against all Android threats. It is ready to go right after installation, acting as an effective guardian against mobile malware.”

The Certo Mobile Security app runs daily automatic security scans and will remove anything that puts your phone at risk. It can protect your Android from malware, spyware, trojans, and viruses, even threats that are made to be invisible. It can even alert you if your phone was tampered with while you left it unattended and take secret photos of the intruder. You can get the app here.

Number to Check if Phone is Tapped

If you think your phone may be tapped, you may have heard that there’s a specific number or code that you can dial to find out. While there isn’t any code for phone tapping as there is for tracking calls that have been redirected, there are still a few things you can do to find out if your phone has been tapped.

Tap detectors are external devices you can connect to your cell phone to scan for taps. It is supposed to pick up any suspicious signals, but its actual effectiveness is questionable.

You may be able to find an app that can read tap signals and alert you of any suspicious tapping. Depending on the app, it may or may not be more effective than a tap detector, and no app can provide absolute proof.

If you suspect and have reason to believe your phone is tapped, and if an app or a tap detector has turned up any questionable results, you might be able to get help from the police. Most police departments will have the necessary equipment to test your phone, but you will need to have some serious evidence that it has been tampered with before attempting to get the police involved.

So you’ve got reasons to suspect your phone has been hacked. What do you do now? Will you have to get a new phone, or can you fix it yourself? Fortunately, you can usually do several things to fix a hacked phone on your own, including using an antivirus app, performing a factory reset, and taking steps to prevent future compromises. We’ll look at each of these actions below.

Both of the security apps discussed earlier in this article will do more than scan for threats on your phone; they will also remove the threats. You can use either one of these apps or choose a different one. Whatever you decide, the important thing is to choose an app that will run a full security scan, accurately identify any suspicious activity on your phone, and eliminate any threats.

Performing a factory reset is an extreme step and should only be done if you’ve run the antivirus app, uninstalled all the unwanted apps that you can, and are still experiencing problems. Performing a factory reset will return your phone to its original settings and apps, effectively deleting any malware or viruses that may still be lurking on your phone. Of course, it will also delete any of the apps you’ve installed, as well as your pictures, contacts, and anything else saved on your phone, so be sure and transfer anything you want to save to another device before performing the factory reset.

Use Open Networks with Caution

Once you’ve gotten rid of the current threats, you’ll want to take steps to prevent your phone from being hacked in the future. Because hackers often lurk around on open networks in public places, it’s best to avoid connecting to them if at all possible. If you have to use an open network, don’t download anything while on the network, never click on any pop-ups, and don’t provide any personal information.

If you sync your android phone with your laptop, your tablet, your desktop computer, and all your smart home devices, then the chances of getting hacked go up. Think about it. If just one of your devices gets hacked, it will put any other connected devices at risk. Keep your devices separate as much as possible, and hopefully, you won’t have to deal with as many threats.

If you have a habit of leaving your phone unattended, or even if you try to keep it with you at all times, it’s a good idea to have it password-locked. Locking your phone with a password will greatly limit the chances that someone will be able to get into your phone if you drop it or leave it unattended for a few minutes.

Now that you’ve discovered ways to find out if your phone is hacked and several things you can do to fix the phone, you may still have some questions. Why do Android phones get hacked in the first place? Can you find out who hacked your phone? And are there any further steps you can take to protect your phone from hackers? We’ll look at each of these questions below.

Why do Android Phones Get Hacked?

There are lots of reasons a hacker may break into your phone. The hacker might be after your financial information so they can access your bank or credit accounts. They may attempt to get money from you by infecting your device with a bug and promising to get rid of it for a price. They may even find a way to redirect payments on your phone bill to themselves.

As you can see, the root cause behind most hacking jobs is money. Hackers are usually after your money.

Is it Possible to Find Out Who Hacked My Phone?

Some security apps, including the Certo Mobile Security app mentioned above, can secretly take pictures of anyone tampering with your phone. However, in order to do that, the security app must be installed on your phone prior to any incident of being hacked. This is the best way to find out who hacked your phone. If the hacker gained access to your phone without physically handling it, it might be much harder to track down.

The important thing isn’t so much finding out who hacked your phone but making sure it doesn’t happen again.

How do I Protect My Phone from Hackers?

In addition to using a password-lock and avoiding syncing your devices and using open networks, there are plenty of other ways to secure your phone.

Having your phone hacked into can be a disturbing experience, but you don’t have to become the hacker’s next victim. If you know the warning signs to look out for and you don’t ignore any suspicious activity, you can often catch the hacker in the act and put a stop to the activity before any real harm is done. 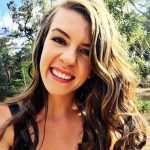 Bailey is a journalism major from Michigan State university.  Bailey specializes in telecommunications and information technology.